May 20th, 2020 — The Goethe-Institut Montreal is pleased to announce NEW NATURE a series of encounters over the course of 2020 between 25 leading climate scientists, artists, and technologists from Canada, Germany, Mexico, and the United States. Working on the forefront of immersive technologies, the project participants will engage in a series of in-depth collaborations to reflect on climate change and imagine desirable futures.

The project will launch online on May 25-28th, with a series of public conversations and internal workshops, which will continue to manifest in public artist talks, screening series, labs and an online exhibition over the course of the year.

May 26, 2020 – Artist Talk: Nerea Calvillo in Conversation with Nick Shapiro

Free to the public upon registration.

The NEW NATURE Opening Keynote will be offered by the multi-talented Michi Saagiig Nishnaabeg scholar, writer and artist, Leanne Betasamosake Simpson. Widely recognized as one of the most compelling Indigenous voices of her generation, her work breaks open the intersections between politics, decolonization, climate change, storytelling and song — bringing audiences into a rich and layered world of sound, light, and sovereign creativity. Her poetry, essays, spoken-word pieces, short stories, academic papers, and anthologies, have influenced a new generation of indigenous creators and activists.

Speaking to the NEW NATURE participants and the general public over live stream, Leanne Betasamosake Simpson will read from a selection of traditional stories and will expand on her notion of ‚land as pedagogy’, in an invitation to reconsider the systems of knowledge and of knowing that have long dominated our relationship to nature and to land. The readings will be accompanied by a short film screening, and followed by a conversation with Ian Mauro, and an extended Q&A with the public.

Leanne Betasamosake Simpson is a renowned Michi Saagiig Nishnaabeg scholar, writer and artist, who has been widely recognized as one of the most compelling Indigenous voices of her generation. Leanne is the author of five previous books, including This Accident of Being Lost, which won the MacEwan University Book of the Year and was named a best book of the year by the Globe and Mail, the National Post, and Quill & Quire. Her new novel Noopiming: The Cure for White Ladies is forthcoming in the fall of 2020. Leanne is also a musician combining poetry, storytelling, song-writing and performance in collaboration with musicians to create unique spoken songs and soundscapes. Leanne’s third record, The Theory of Ice will be released in 2020. She holds a PhD from the University of Manitoba, and teaches at the Dechinta Centre for Research & Learning in Denendeh. Leanne is a member of Alderville First Nation.

Ian Mauro is an environmental scientist, geographer, filmmaker, and the Executive Director of the Prairie Climate Centre (PCC) at the University of Winnipeg. He has developed the Climate Atlas of Canada, as well as a trilogy of feature-length climate change films across Canada, including Qapirangajuq: Inuit Knowledge and Climate Change (co-directed with acclaimed Inuk filmmaker Zacharias Kunuk) and Beyond Climate (produced and narrated by scientist and broadcaster Dr. David Suzuki). Mauro’s work has been featured in academic conferences, museums, film festivals and news media such as the United Nations, Smithsonian Institution, National Geographic, Royal Ontario Museum, ImagineNative, Berlin International Film Festival, The Globe and Mail and This American Life.

The keynote and following Q&A session will be streamed live on our Facebook page, go to: @GoetheInstitutMontreal.

Free to the public upon registration.

A glimpse into the world of Spanish architect Nerea Calvillo, working at the intersection of architecture, science, technology, and feminist studies. In this candid talk, she converses with longtime friend and sometimes collaborator Nick Shapiro, about the synergies between their respective practices in the realms of air and environmental pollution. Together, they’ll discuss their imaginative approaches to translating empirical data into visceral experiences – via urban political ecology, new infrastructures of planetary mobility and ethics, collaborative practices, digital media, environmental mediations, ephemeral installations, exhibition design, and data visualisations.

Nerea Calvillo investigates the material, technological, political and social dimensions of environmental pollution. This has led her to analyse notions of toxicity, digital infrastructures of environmental monitoring, DIY and collaborative forms of production, smart cities, and feminist approaches to sensing the environment, among others. She is the founder of the collaborative visualisation project In the Air and the architecture office C+arquitectos. Her current work, including Yellow Dust, is on toxic politics, pollen and queer urban political ecologies. Nerea is an associate professor at the Centre for Interdisciplinary Methodologies at the University of Warwick. She is working on a book manuscript on Aeropolis.

Nick Shapiro is a multidisciplinary environmental researcher that studies, and designs interventions into, issues of chemical contamination, climate change, and mass incarceration. He has worked tracking the quasi-legal resale of 120,000+ chemically contaminated housing units after Hurricane Katrina, developing air monitoring systems with communities impacted by fracking, and testing fossil fuel-free means of long distance air travel. His current projects include: studying the efficacy and microbiome impacts of a low-cost bio-phyto air remediation system; supporting environmental research on toxic living conditions within carceral institutions; finishing a book about toxic homes, climate change, settler-colonialism, and the desire for a radically different future, provisionally entitled “Homesick”; Wrapping up his participation in the Environmental Data and Governance Initiative (EDGI), which he co-founded in 2016. He is an assistant professor of Biology and Society at UCLA and a member of the Aerocene Community.

The keynote and following Q&A session will be streamed live on our Facebook page, go to: @GoetheInstitutMontreal

The initiative offers professionals from Canada, Germany, Mexico, and the United States the opportunity to network, exchange knowledge, and to participate in public events and conversations exploring the newest frontiers of climate science, education, and immersion.

NEW NATURE seeks to open up new perspectives, by integrating emerging and immersive media such as public and virtual installations, projections, and virtual, augmented and mixed reality with future-oriented forms of science and climate storytelling.

The exchange aims to invigorate the scenes in Canada, Germany, Mexico, and the United States by creating the ideal setting for networking, and forging lasting connections for collaboration and co-production. Through strong partnerships with funders, exhibitors, and media outlets, New Nature encourages co-productions and joint cultural projects between creative professionals in all four countries.

The New Nature project focuses on the shared and yet invisible element of air to address the imminent necessity to reimagine our relationship to Nature. New Nature focuses on visions of desirable futures and collective imaginaries of how we might reroute disaster and reinvent our relationship to the natural world. New Nature seeks also to collectively and creatively reflect about the current situation facing the global outbreak of Covid-19: such concepts as global pandemics, airborne pathogens, interspecies infections, correlations of disease and environmental destruction/climate change, exposure and vulnerable populations, as well as the emotional and social fallout of the COVID-19 crisis.

The meetings between German, Canadian, Mexican, and US experts will be initially held online, and within the context of large notable festivals and institutions, including: the Phi Centre in Montreal, a multifunctional centre where art can express itself in its various forms of art, film, music, design and technology; the National Film Board Digital Studio in Montreal, one of the world’s leading digital content hubs, creating groundbreaking interactive documentaries and animation, mobile content, installations and participatory experiences; and Retune – Creative Technology Platform, a biennial event at the intersection of Art, Design, and Technology in Berlin; Milieux Institute at Concordia University in Montreal; Massive Science, a content and media company operating worldwide and delivering bleeding-edge scientific research and expertise, and Museum of the Moving Image in New York City, the only museum in the U.S. dedicated to the moving image in all its forms and with a specific focus on the intersection of science and cinema with its Science on Screen series; the XR Hub Bavaria with its 3 locations in Munich, Nuremberg and Würzburg, an initiative of the Bavarian Ministry for Digital Affairs that aims at strengthening the awareness for extended reality.

NEW NATURE is a project by the Goethe-Institut, realized with the support of the Federal Foreign Office of Germany, and curated by Canadian documentary filmmaker and independent curator Samara Chadwick.

For more information on the project: 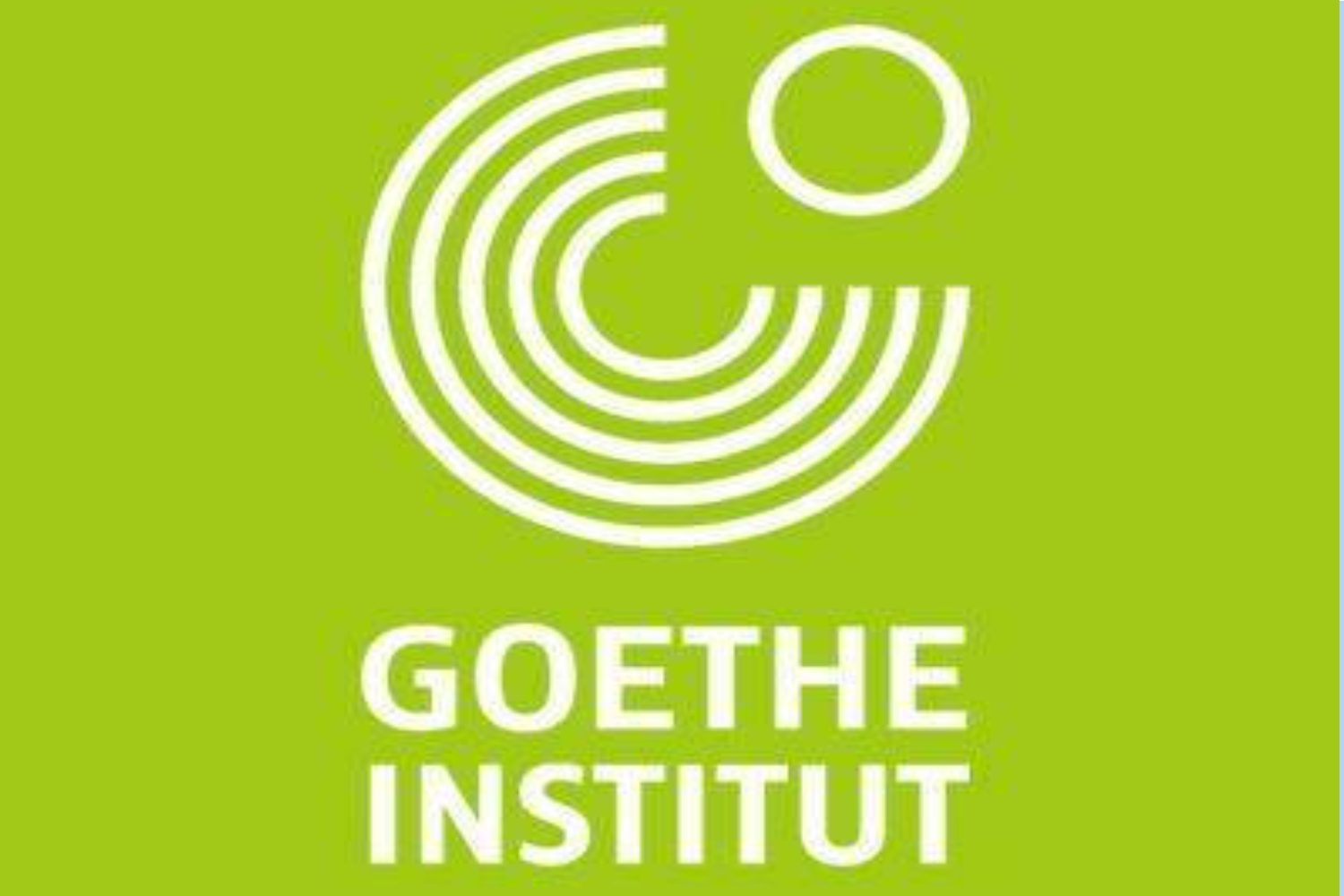 The Goethe-Institut is the Federal Republic of Germany’s cultural institution operational worldwide. We promote the study of German abroad and encourage international cultural exchange. We also foster knowledge about Germany by providing information on its culture, society and politics. In Montreal since 1962. At the Goethe-Institut Montreal you can successfully learn German for your career, studies or everyday life. Our team will be happy to help with any questions or concerns you may have. Our committed teachers ensure lively lessons with plenty of variety. We will be happy to help you prepare for the examination of your choice. Our library, with more than 5 500 documents, will certainly help you progress in learning the German language.